While the museum remains closed for visitors due to Cover-19 restrictions, here is a look at some new acquisitions, some old favorites, and some objects that don’t fit in with the other objects on display in the Museum.

These objects are on display in the windows of the Alameda Museum, 2324 Alameda Ave., February-May 2021.

Display of Valentine’s cards, 1900s to 1930s. Some are unmarked, some have local names of residents about whom not much is known. Donated anonymously.

An example of the type of equipment used in when Otto Rittler was coach at the Alameda High School. Rittler later became head of the Parks and Recreation Department. Rittler Park is named after him. 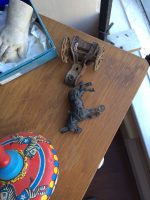 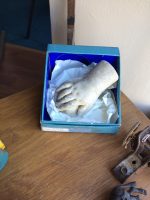 The map has been reproduced at least twice; some copies are for sale.

Reproduction for sale in the Museum shop. 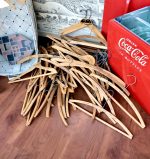 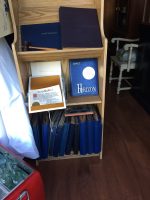 The books on the sides are for sale as well; copies of the Alameda High School centennial publication (1874-1974) and two of curator George Gunn’s books.