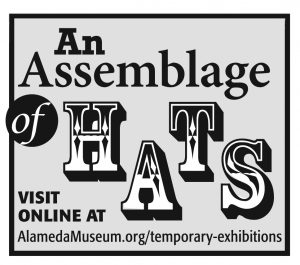 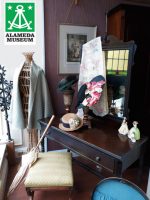 Temporary Exhibition of a selection from the museum’s Hat Collection.

Date: From July 30 to August 23 (last day).
This is a window exhibition while we are closed to comply with COVID-19 precautionary measures.

There are three areas:

Hats were made of all available materials. Fabric, especially wool or fur felt – compressed and matted fibers – which was dense enough to ward off rain; silk for its wonderful shine, and fur, both for the look and for warmth. Straw for the ability to stay in shape and for lightness. But also horsehair was used.

Men’s hats – especially top hats – were originally created from beaver felt. Much of the Europeans early exploration of Canada was based on the hunt for beaver fur. The hairs close to the body were especially good for felting. A fur that had been slept on by Native Americans was especially valuable since the outer hairs would already have been broken off!
Luckily for the beaver population, by 1860 the fashion changed to favor silk for top hats. 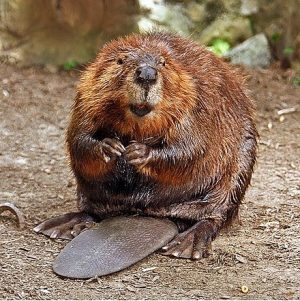 Over time, ladies’ hat decorations went from basic, with just a simple touch of lace or a band around the crown, an interesting fold in the fabric, and ribbons to tie under the chin, to outrageous, with flowers from silk or velvet or feathers, to ostrich plumes, pheasant feathers, to even parts of animals. 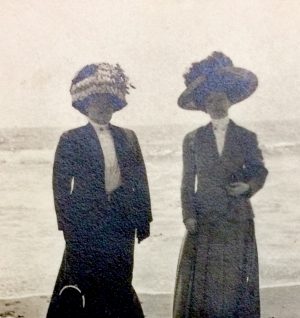 A photo from the Petry family album, on the beach near the Cliff House, San Francisco. 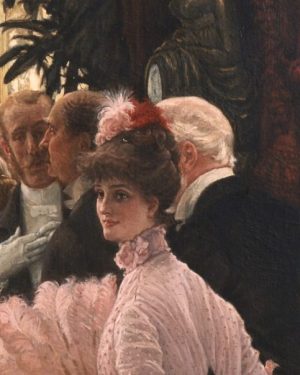 Ostrich: The ostrich is a large flightless bird from Africa. 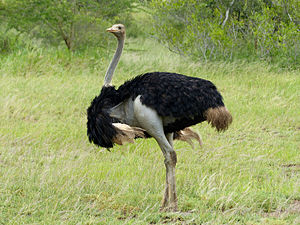 Ostrich feathers, or plumes, are black, grey, brown, or white. Other colors are created using dye. Ostriches are farmed all over the world, primarily for their feathers, now not so much for decoration, as for feather dusters. 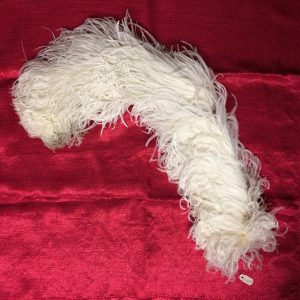 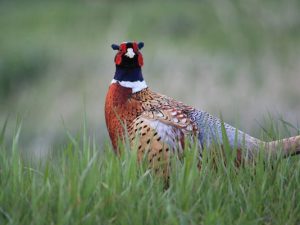 [Photo credit: Rachel Bush]
Ring-necked pheasants are not native to California, but were brought into the state and the rest of the country from Asia during the 1800s. Their numbers have been steadily dwindling, and have gone down to a fraction of their population in the 1990s. Pheasants build their nests low on the ground, in areas protected by grass. Loss of grasslands, drought, pesticide use, and growing numbers of crows all contribute to the lower numbers of pheasants. 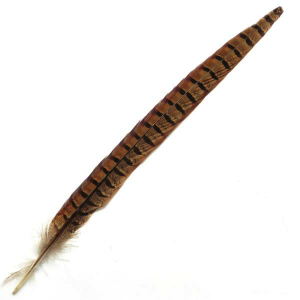 While native to the Americas, the wild turkey is not native to California, but has been introduced in the second half of the 20th century from the Southwest as a game bird – an animal that hunters may shoot. Today the turkey has expanded its territory to a quarter of the state. Hat pins.
While hat fashioned changed over time clearly some hats would take off like a balloon even the slightest breeze. Thus: Hatpins. They varied from the subtle and hidden to outrageous. From the collection of Carol Heche.
Pin cushion A women’s hat maker was called a milliner. Origin of the word: late Middle English (originally in the sense ‘native of Milan’, later ‘a vender of fancy goods from Milan’). Man’s hat makers were called hatters.

To make hats, the hat maker needed to work with sharp objects, dyes, and chemical preservatives, including mercury. Workers in the hat making profession often developed mercury poisoning, which resulted in symptoms ranging from loss of hearing, eyesight, teeth, and nails, to early-onset dementia. This was used by the writer Lewis Caroll to create his persona of the hatter, in ‘Alice’s Adventures in Wonderland’ (1865).

While many hats were bought at a milliner, an old hat could be made fashionable again by a creative woman. Many women had a cache of ribbons, feathers, and flowers.

The following Alameda residents are featured or mentioned, or have contributed objects on display in the exhibit:

Which of these animals are not native to California?
Which do not live in California? Alameda?

How many hatpins did you see in the exhibit?

What is the oldest hat in the exhibit?

Which of these hats is made of straw? Which of these hats is made of horsehair? 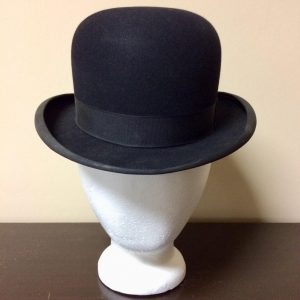 What is a milliner?

What made the hatter in Alice in Wonderland go mad?

Who were the founders of Alameda?